Feeding Britain > About Us > Hil Berg 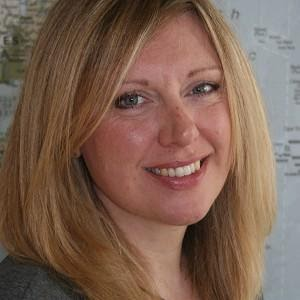 Hil works nationally and internationally, supporting corporate, public and third sector organisations to integrate purpose into strategy, with a focus on sustainability and social responsibility.

As Head of Sustainability at Iceland Foods she worked with MD Richard Walker to devise and lead its ‘Doing it Right’ strategy and major brand activism campaigns on palm oil and plastic pollution, as well as responsible business strategies around carbon, food waste, plastic reduction and child poverty. Now an independent consultant, she maintains responsibility for Iceland’s ESG/investor strategy, social innovation and high-level stakeholder relationships.

Her Backyard Nature Campaign, funded by the Iceland Foods Charitable Foundation was co-created with inner-city children and is supported by the Duke and Duchess of Cambridge and 25 leading NGOs. It has generated more than 750,000 hours of nature engagement for children across the UK.

She has also led Iceland’s work on food insecurity, supporting Footballer Marcus Rashford’s Child Poverty Taskforce and piloting an ethical credit ‘food club’ for families in poverty in partnership with not-for-profit Fair for You, supported by the Treasury and philanthropic funders.

She was previously Head of PR and CSR for the business in the nineties and early 2000s, directing communications for the ‘Food You Can Trust’ strategy. This included campaigning against the introduction of GM Food to the UK via US soy distributors, the removal of artificial additives from own label food, and work with Greenpeace to introduce ‘Greenfreeze’ refrigeration technology. She worked internationally on sustainability and social justice within the Iceland supply chain.

Before re-joining Iceland colleagues in 2016, she ran a specialist, ethical consultancy and worked as Director of Communications at the internationally renowned Alder Hey NHS Trust, Europe’s biggest and busiest children’s hospital. She has over 20 years of experience as a brand and communications advisor, specialising in social change. This has included work on diverse projects including a study of restorative justice in New York for the Ministry of Justice and developing retail CSR strategy for Woolworths in South Africa. She has also undertaken study tours to Bangladesh and South Africa to investigate systems change and social innovation around poverty and health.

Hil’s work has won multiple industry awards, most recently for Iceland’s Doing it Right strategy, but also for campaigns on behalf of the NHS and other clients, and for young people campaigning to change mental health services. She has twice been named Outstanding UK Independent Consultant by the Chartered Institute of Public Relations and was one of the country’s first Chartered PR Practitioners. She has a master’s degree in PR and Communications for Social Change, with a research specialism in brand activism.

Hil has a passion for social enterprise and social innovation, which initially saw her setting up a community business in Kathmandu, Nepal, and she has since worked on climate and social justice projects in Africa, Asia, Europe and the United States. As a coach and trainer for the School of Social Entrepreneurs and as a volunteer, she has supported hundreds of fledgling community businesses in Merseyside and Greater Manchester and mentored teenage girls excluded from school.

She spent eight years as a Trustee of the Lankelly Chase Foundation which focuses on systems change to solve severe and multiple deprivation and is a Trustee (previously Vice Chair) of national social care charity PSS, a member of the Business in the Community Welsh Board and a Fellow of the Royal Society of Arts.